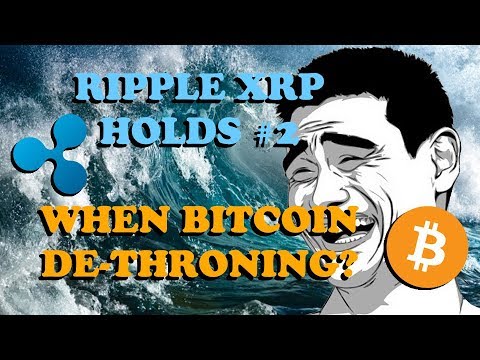 Currently trying to do a non-shit cover for the book, which is actually a huge amount of work given I have no artistic talent whatsoever (though I'm OK at graphic design).
So instead of doing that, here's what I have so far on a current rich seam of comedy gold!
Please look over this and flag any inaccuracies or unclear bits. What they did is convoluted and confusing, and a good example of why bankruptcy laws exist, so we need to maximise clarity.
The latest developments are not included, except the redemption. But OH BOY WILL SAID DETAILS BE FUN!
 Bitfinex: software competence turns out not to be optional
If you’re not interested in mining or selling something to get bitcoins, exchanges unfortunately haven’t improved much since Mt. Gox.
Bitfinex is one of the closer things Bitcoin has, or had, to a reputable exchange. Advocates liked and trusted it and enjoyed using it – it has margin trading and other fancy features – and recommended it to others.
Its software turned out to be made entirely of copy-and-pasted cheese and string that nobody at all knew how to fix. This is quite typical of Bitcoin-related code and systems, as if financial software and systems had never happened.
Bitfinex was based on the codebase from defunct exchange Bitcoinica, which was founded by sixteen-year-old Bitcointalk user “Zhoutong” and shut down after being hacked in 2012. One of Bitfinex's early developers described what the system was like when he had been working on it:[1]


It has proved impossible to cleanly modularize and upgrade zhoutong’s spaghetti code. (Or if it is possible, Bitfinex technical team doesn’t know how to proceed.) In the current system, everything is entangled. There is no clean separation of concerns. They inherited this steaming shitpile of a codebase and they're stuck with it.
Their legacy data model, as implemented in their current system is insane. The system was designed by a 16 year old FFS! Everything is ad hoc, there is no specification, there was zero documentation, there is minimal accounting for edge cases, exception handling was tacked on as an afterthought. There was no thinking things through. Everything is ad-hoc! Therefore it kinda works except when it doesn’t!


A Bitfinex representative responded stating that “a grand total of 0 lines from Bitcoinica's code exist on Bitfinex” (the site moved at least partially to the AlphaPoint platform in 2015), but the poster asked him to explain, if Bitfinex had an all-new codebase, how they had accurately reproduced bugs that dated back to Bitcoinica.
The software problems were glossed over for years, because day traders are otherwise known as compulsive gamblers, and cryptocurrency day traders are the worst. I don’t often use the word “degenerate,” but if I did, they’re who I’d apply it to: reduced to a lizard brain, typing and clicking obsessively and watching for a number to change and provide a hit to the pleasure centre, all other mental and bodily functions atrophied. They make foreign exchange day traders look sober, considered and balanced.
On 12 August 2016, nearly 120,000 BTC (then around US$60 million) was stolen from Bitfinex customer accounts. The accounts were secured with multiple signatures, including from third party agency Bitgo, but the hacker seemed to know Bitfinex’s systems and even overrode Bitfinex’s transaction limits. On many accounts, two of the three signatures were Bitfinex, and Bitgo routinely allowed all requests from Bitfinex because there were so many.
Usually a theft of this magnitude heralds an exchange disappearing or shutting up shop with apologies, or the regulators noticing their existence and swooping in. In this case, as the supplier of trading facilities not available elsewhere, Bitfinex felt there was sufficient demand for their services that a drastic action would be considered acceptable to their users. To wit: a 36% “haircut” for all customers. Depositors who had been hacked would be compensated with money from depositors who hadn’t.
You might think that compensating your customers using money from other customers, while the managers or owners don’t take a hit in any way, would be grossly illegal in any reasonable financial system. Particularly as bankruptcies usually go creditors, then depositors, and equity holders last. But welcome to Bitcoin.
Why on earth did the users put up with this? Secondly, because this was claimed to be the haircut they’d take if Bitfinex were to liquidate. (No, Bitfinex didn't show their working.) But firstly, because they were obsessive gamblers, desperate for more access to their strip mall casino. Bitfinex promptly went back up to No. 1 on the Bitcoin exchange volume charts, because Bitcoiners never learn.
Bitfinex didn’t want its users to feel they’d been left high and dry. So it offered them Bitfinex tokens (BFX) for their losses, saying (though not guaranteeing) that they’d totally come through at some later date on these IOUs and reimburse the holders with their face value:[2]


Meanwhile, you could trade these tokens – trading away your right to reimbursement if the stolen coins were recovered – and use them as collateral for financed trades! Only on Bitfinex, of course:


You might think this would constitute offering an unregistered security, but welcome to Bitcoin. The price for BFX dropped below its $1 face value even before release, opening at $0.80 and ending the day at $0.32.
Bitfinex redeemed about 1% of the BFX in early September. As it happened, they had enabled margin trading on BFX one day before, and the price went up from $0.40 to $0.56 just before the announcement. Speculation was that they had paid for the 1% redemption using insider margin trading on the BFX itself, thus looking good for free,[3] but I’m sure it was all just pure coincidence.
Bitfinex was getting their customers coming and going, and keeping them coming and going. Around the time of the 1% redemption, 30% of trading on Bitfinex was BFX, which they collected trading fees on. Furthermore, the BFX tokens kept their customers on Bitfinex in the hope of a payout, rather than just cashing out and never coming back.
In October, they came up with another layer on the scheme: the Recovery Right Token (RRT), for everyone who had converted their BFX for further gambling. Should any of the stolen coins ever be recovered, Bitfinex would first pay back the BFX holders who had not converted their BFX to something else, then pay back RRT holders with the remainder. That’s a made-up token on a made-up token on money they would normally have had to pay back.
Convoluted arrangements like this are part of why bankruptcy laws, let alone financial trading regulations, exist: so that creditors and depositors get paid first and fairly in a clear and open manner, rather than having what they are owed obscured in fast-talking flimflam.
In the meantime, Bitfinex set a financial and security audit in motion. Not by any such tawdry profession as actual accountants; they used “Ledger Labs Inc., a top blockchain forensics and technology firm,” which happens to be run by Vitalik Buterin, creator of altcoin Ethereum (of which more later).[4]
They also posted an open letter to the hacker, seeking “a mutually agreeable arrangement in exchange for an enormous bug bounty”, i.e., if only they would explain how they’d hacked Bitfinex: “Our interest here is not to accuse, blame or make demands, but rather to discuss an arrangement that we think you will find interesting.”[5]
It was entirely unclear to any observer what possible arrangement would be more interesting to the thief than “I have all your bitcoins now.” The stolen bitcoins are slowly being sold off through other exchanges.[6] This is very like a bank accepting dye-marked notes known to have been stolen from another bank and deciding they don’t care. At least Bitfinex will never have to cash in those RRTs.
In April 2017, Bitfinex announced they would finally redeem 100% of the BFX tokens for their $1.00 face value![7] This involves paying back the dollar value of the stolen bitcoins at the time of the theft – i.e., about half what it was by April. They also shut down all margin positions on BFX, putting users with insufficient collateral into debt to them (on a margin position on their own debt).
The founder of Bitfinex, Raphael Nicolle, has never seemed to appreciate the problem financial regulators tend to have with schemes that pay early investors using money from later investors. He enthusiastically backed the Pirateat40 Ponzi – though at least he later apologised for that one[8] – and came up with a high-yield scheme of his own:


So I'm thinking of the following plan: when I need more coins than I have to fill an order, I will ask everyone that previously “registered” with me to lend me some btc. After 7 days, I will return all of it, principal + 2% interests. For you to be contacted, you would have to post here or in PM to say you might lend me bitcoins, and approx. how many you'd be willing to lend me.[9]

Here is the recording of the Hangout we just finished with Zane Tackett from BFX concerning the mentioned topics:
https://www.youtube.com/watch?v=eDYcYHhvoTg
Outline of the topics covered:
CFTC
what does all this mean? what can you comment on ? https://www.reddit.com/BitcoinMarkets/comments/3l82c5/email_from_cftc_regarding_bitfinex_trading/ Have you received anything from the CFTC or as far as you know it is just the CFTC contacting their customers…
Platform Upgrades
Downtime & Scheduled Maintenance Zane said.. bitfinex will be having down time for “This Sunday we will be making significant upgrades to our infrastructure.” you also mentioned these upgrades will “ replace our current caching layer and queuing service” .. can you expand on what this means ? - How does this affect the lag users have experienced during periods of high volatility in the past ? Will this also effect.. “the button issue” ?
Swap Payment Calculations Swaps Payment calculation to improve accuracy. You said some people were being over / underpaid.. What happened here.. how did this go on so long.. is it not fixed…
Issues
“The button issue” We know you’ve lost customers and customer confidence because of this..
How can it be that Every single person out there, though no fault of their own (they’re pressing the button and not seeing anything change on the site)... be wrong.. and bitfinex be right ? Surely the customer is always right… and the Customer says.. when I press ‘close’. I want to see it close. Either that. Or that button press fails.. NOT: .. I press close.. It tells me it's done something on a small pop up window.. yet my account balance remains the same… How is it possible that every single customer is wrong ? Its not. Its bitfinex who is wrong here. And the customers have spoken. No one.. is happy about it. Who would be ?
Bitcoinica Code Talk of Bitfinex using the bitcoinica code… Zane has clarified that absolutely zero lines of code from Bitcoinca exist on Bitfinex right now. Do you want to just clarify this ?
2FA sometimes mysteriously stops working I’ve had this issue(flibbr) multiple times and had to have it reset.. Have your hear about this and are you familiar with it ? https://www.reddit.com/BitcoinMarkets/comments/3nb4x8/daily_discussion_saturday_october_03_2015/cvmry4b
Alphapoint ..the integration… is it over ? Dead duck ?
Upgrades we want to see..
API Upgrades.. There's currently been talk about No FIX API.. Websocket API… meaning institutional clients won’t initially be able to use their normal order entry (ie: trading platform) and instead have to go to the website…
3 Mobile App ? Bitstamp has an App.. OKCoin has an app. Mobile us is through the roof and constantly being on the good.. people want and require a native App on their phone like OKCoin.. with charts.. and their orders etc.. Why has this still not been done ?

#TradeTalks: Competition in the Crypto Space is Encouraging